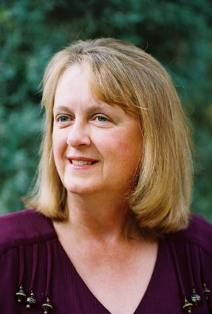 Linnea Tanner is a native of Colorado where she attended the University of Colorado and earned her BA and MS in chemistry. After working in the pharmaceutical industry, she is now an aspiring writer of historical fantasy, romance, and adventure based on her lifelong passion for Ancient Rome, Celtic Britain, and mythology.

As a child, Linnea was an avid reader of Greek/Roman/Nordic mythology which opened up a new world of gods/goddesses, heroes, and mythological adventure. Using this fantastical world as a base, Linnea imagined herself as a heroine warrior on a perilous odyssey to overcome nearly insurmountable obstacles. Other characters joined Linnea on this journey, including Romans, who taught her about courage, love, duty, loyalty, and sacrifice. Yet most schools taught history and mythology in the biased viewpoint of male conquerors; women were invisible in the background.
Linnea’s childhood characters stayed with her as she began her life venture: marriage to her soul mate, birth of two children, education, and professional career. However, she rediscovered the wonder of the goddess mythology from ancient civilizations where women and men worked in partnership (“The Chalice & the Blade” by Riane Eisler). She was inspired by accounts of Celtic women warriors and rulers, and extensive research and expeditions to the UK and France. In the Celtic warrior society, the rights and status of women far exceeded those of the patriarchal societies of Greece and Rome. During her travels to the UK, Linnea’s passion for writing was ignited after she researched the historical account of the Celtic queen Boudica, whose rebellion almost resulted in the withdrawal of all Roman forces from Britain in 60 AD.

Linnea Tanner has taken the next step in her next life’s adventure of becoming a writer. She envisions completing the Spirit Warrior Chronicles, an epic historical fantasy set in 1st Century Celtic Britain prior to the Roman invasion in 43 AD. The story is about the heroine, Catrin—a Celtic spirit warrior destined to meet the great grandson of Marc Antony (Marcellus) and to become a warrior queen in her tribal kingdom.
The first two unpublished novels of the Spirit Warrior Chronicles are:

Linnea has begun this blog to share and to survey the opinions of others regarding ancient Celtic and Roman culture and mythology. In addition, she will share some of her research findings and photographs of sites in Britain (ancient Roman Britannia) and France (ancient Roman Gaul) where the heroine, Catrin, travels in her odyssey.
See website:
http://www.linneatanner.com/blog/