The legend of Atlantis begins with Plato who wrote two Socratic dialogues Timaeus and Critias. These are the only two existing written records which refer to the lost continent. The fact that Plato wrote about the fabled city gives credence to the existence of such a place. Like Homer before him and the legend of Troy, Plato heard the story of Atlantis and retold it. According to a number of sources, Plato while a boy was listening to his great grandfather, Solon and other men who recounted the story. Much like the Homer’s Iliad, the legend of Atlantis has a basis in fact, and it’s a matter of washing out the dregs to get to the gold. 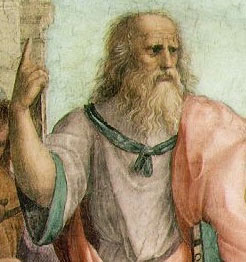 Plato from the School of Athens by Raphael, 1509
Wikipedia