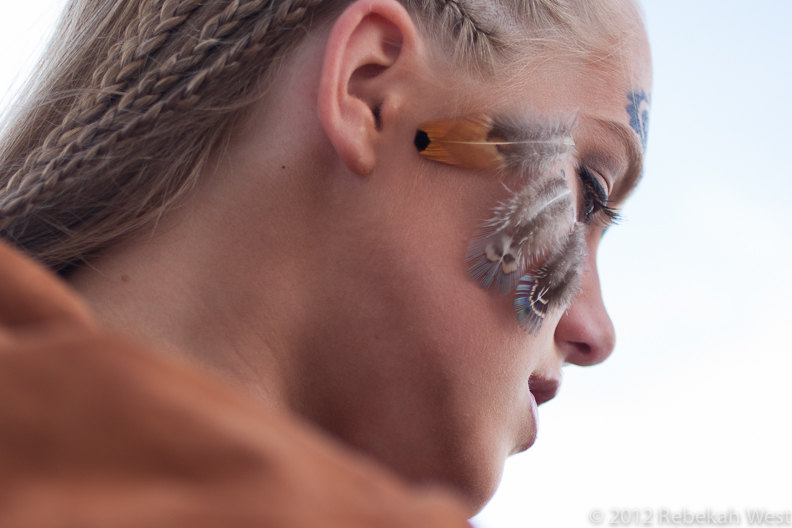 Below is an article that was originally posted on APOLLO’S RAVEN Website: http://www.linneatanner.com/blog/celtic-gods-goddesses/

The ultimate adventure, when all the barriers and ogres have been overcome, is commonly represented as a mystical marriage of the triumphant hero-soul with the Queen Goddess of the World—Joseph Campbell

Previous posts on APOLLO’S RAVEN have provided an overview of Ancient Celtic religion and the pantheon of gods and goddesses. Although there are approximately 400 names of Celtic gods and goddesses which have been found throughout the vast area once inhabited by the Celts in Europe, from Ireland to Turkey, 305 of these names were inscribed only once. These were probably names of local deities. Only twenty names occurred with greater frequency and many of the Celtic gods and goddesses can be associated with Roman’s. The Celtic polyvalent deity did not have exclusive functions, but they were adept in all things. They also appeared in many polymorphic guises that included zoomorphic forms which combined human and animal attributes.

Below in an overview of Celtic gods and goddesses who were more widely accepted by the ancient Celts across all regions.

Equated with Apollo, Belenus was the most widely venerated of the Celtic gods. The previous two posts in APOLLO’S RAVEN detail the mythology and festivals associated with Belenus.

Belenus Equated with Apollo, God of the Sun and Healing

Another popular god is the antler-god referred to as Cernunnos. He is the patron of the chase and the lord of the forest. Holed antlers discovered in Herfordshire UK appear to have been used as a human headdress, a practice widely presented in ancient cultures. Cernunnos was one of many zoomorphic (animal-like) gods. He is depicted on one of the plates of the Gundestrup Cauldron.

A zoomorphic goddess who is represented by a mare is Epona. Monuments to Epona are found all over from Wales through France and into the Rhinelands. Her popularity with the Celts demonstrates their high regard for the horse. Epona was also popular with the Roman cavalrymen. Associated with fertility, Epona is the epitome of the mother goddess. In studies of Welsh mythology, she may have been equated with Rhiannon—the divine queen. In Irish studies, Epona might be associated with Maeve, the queen of the Connacht and Macha of Ulstur.

Among the names of the Celtic gods that appear more frequently on inscriptions is Lug—the Irish Lugh,  the Welsh Llew, and the Gaulish Lugus. It is generally accepted that when Caesar spoke of the Gaulish ‘Mercury’, he was referring to Lugus—the inventor of the arts and crafts. Yet, there are elements of Lug’s character  that are also similar with Jupiter, Mars, and Hercules. He is associated with the spear as a Magical Weapon brought from the Otherworld.

At Lugdunum (modern day Lyons, France), the Gaulish Celts celebrated the ancient feast of Lugus. Following the Roman conquest, during the reign of Caesar Augustus, the feast was dedicated to the emperor. The same feast occurs in insular Celtic tradition on August 1st. In Ireland, the ritual is known as Lughnasadh, an agrarian feast in honor of harvesting crops.

The Irish Lugh was considered the greatest of all Celtic gods. The Dagda yielded command to him in the second battle of Magh Tuireadh. He is commonly known as Lugh of the Long arm or Hand. Of note, the Hindu perception of the sun rising, with its beams of light and its setting, was also likened to a great hand: “The god with the great hand stretches up his arms so that all obey.”  The Hindu solar deity, Savitar, also stretches out his hands to command day and night, suggesting a common Indo-European link.

Dagda on Panel of Gundestrup Cauldron

The 1st Century Roman poet, Lucan , writes the Celts had predominantly three gods: Teutates, Taranis, and Esus. Teutates was associated with the Roman god of trade, Mercury. The Celtic god of thunder, Taranis, is often equated with Jupiter; the Welsh word Taran means  ‘thunderer’. Esus was equivalent to the Roman god of war, Mars. His popularity among the Celts is evidenced by the number of Celtic names of gods joined to Mars on inscriptions.

God of Thunder, Taranis with Wheel and Thunderbolt, Equivalent to Jupiter

The method of killing human victims in sacrifices depended on which god the offering was made to. Victims sacrificed to Teutates were drowned, to Taranis were burned, and to Esus were hanged. On the Gundestrup Cauldron, there is a figure held upside-down over what appears to be a pail of water, perhaps a sacrifice to Teutates. It should be noted that the names of these three gods were not widely found on inscriptions.

Victim Sacrificed by Drowning as Offering to Teutates; One Panel of Gundestrup Cauldron

The concept of triplicate forms has roots in Indo-European mythology and philosophy. In Hindu belief, the Trimurti consisted of Brahma, the Creator; Vishnu, the Maintainer or Preserver; and Shiva the Destroyer or Transformer. Pythagoras saw three as the perfect number of the philosophers: the beginning, middle and end. The ancient Greeks believed the world was ruled by three gods: Zeus (heavens), Poseidon (sea), and Pluto/Hades (underworld).  The Fates, the Furies and the Graces are example of triplicate goddesses who were found in Greek mythology.

As in the Greek religion, the Celts viewed humans as body, soul and spirit; the world they inhabited as earth, sea, and air; and the division in nature as animal, vegetable, and mineral. Celtic goddesses were also often portrayed in triplicate forms as described below.

Mother symbols were worshipped in triplicate from. In Gaul the title matres or matronae was used. Mother Earth was the symbol of fertility and figures of children, baskets of fruitm and horns of plenty were found all over the Celtic world. From Vertault in Burgundy was a triple mother goddess sculpture with a baby held by one hand while the other holds a towel. A triad of mother goddesses are carved on a plaque that is displayed at the Romans Baths (Bath, UK).

The most famous war goddess, Morrigan is  interchangeable with Macha, Babd and Neiman. She embodies all that is perverse and horrible among the supernatural powers. In Irish literature, the story of Cu Chulainn features three goddesses—Morrigan, Macha and Babd— battle furies with an uncanny resemblance to Mcbeth’s three witches.

Babd is one of the triple-aspect goddess of war who would fly over warriors in battle and give out terrible screams, both to frighten and to incite them to even braver and mightier deeds. In this role, she is known as Badhbh Catha, the ‘battle raven’. It is claimed that she appeared above the head of the warriors during the Battle of Clontarf in 1014 A.D., when Brian Boramha defeated the Vikings. Babd is associated with sexual desire and fulfillment, as are all of the deities of war and battles. She is often guised as a beautiful young woman, but  can also take the form of a raven or a hideous hag. When Babd appears in the Ulster cycle and incites Cu Chulainn to his last battle, she takes the form of the raven and waits to pick his corpse clean.

Celtic Goddesses of War Can Take Shape of Raven

Macha is the second aspect of the triple goddess of war who is featured in the Ulster cycle. One legend states that she was forced to race the King of Ulster’s horses while she was pregnant. She wins the race, but gives birth to twins as soon as she crosses the finish line. In her shame and anger, she curses the men of Ulster that, whenever they needed their strength most, such as on the eve of battle, they would be as weak as a woman in childbirth for nine days and nights. Like her sisters, she is associated with war and sexual gratification. She is closely connected with battle trophies of the goriest nature, especially severed heads, which were known as Macha’ s Acorn Crop.

Morrigan is the third of the triple goddesses of war who appears in both the Mythological Cycle and the Ulster cycles, particularly in  the Cattle Raid of Cooley. She is seen as a weeping woman washing blood-stained shrouds at a ford in a river. This is an omen, particularly to a warrior on the way to battle. In one legend the Dagna encounters her washing blood-stained clothing in a stream. At the end of the legend, she gives a dire prophecy to the fate of humankind and the world. She is associated with war, grief, mutilation, shape shifting, and sexual gratification for its own sake.

Ancient Celtic religion conjures both utopian and horrific images. The Celts demonstrated their spiritual kinship to nature and love for the Mother Goddess through their artwork and reverence for sacred groves. Their beliefs and philosophies are similar to the Greeks and Hindu Brahmins. Ancient Druids studied the nature of moral philosophy and believed the human soul is indestructible. Their belief in the immortal soul can be associated with the Greek Philosopher, Pythagoras, who was famous for his philosophy that the soul was immortal and went through a series of reincarnations that included animals and plants.

The Celtic belief in the soul ties in with their darker side of keeping enemies’ heads as trophies after battle. This practice was based on their belief that the head was the temple of the soul. Possessing an enemy’s skull was the same as capturing his soul and retaining its power. The soul is the continuation of the existence of a person and includes all of the functions of personality.

Finally, the Celts viewed the gods as their ancestors and creators who were more like supernatural

The next series of posts will discuss the rise of rival Celtic tribal dynasties in Britain between the time of Julius Caesar’s invasions in 55 – 54 B.C. and the final Roman conquest in 43 A.D. under Emperor Claudius.

One thought on “Celtic Gods and Goddesses”