Reblog from La Audacia de Aquiles by Aquileana, one of my favorite blogs on Greek Mythology and its interpretation. The following 7/20/16 post, “Greek Mythology: “Narcissus and Echo” (Interpretation and Psychoanalytical Corollaries), provides an in-depth analysis of this well-known tale. 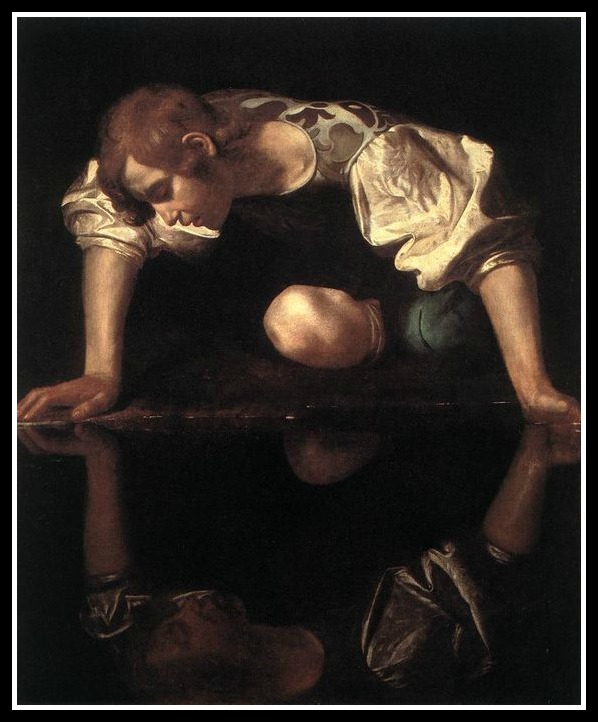 The classic version of this myth is by Ovid, found inBook III of his Metamorphoses (Lines 339/508)

Echo was an Oread or Orestiad, meaning a type of nymph that lived in mountains, valleys, and ravines. The Oreads were associated with Artemis, the goddess of hunting.

Zeus used to  loved consorting with Goddess and nymphs. Hera, became suspicious, towards Zeus for his many affairs.

Though vigilant, whenever she was about to catch him, Echo distracted her with lengthy conversations.

When at last Hera realized the truth, she cursed Echo. To punish her, Hera took away her most valuable possession: her voice.

Hera permitted Echo only to reply in foolish repetition of another’s shouted words. Thus, all Echo could do was mimic the words of the speaker.

Sometime after being cursed, Echo spied a young man, Narcissus, while he was out hunting deer with his companions.