The following is a NOVEMBER 15, 2017 post by ZTEVETEVANS
Vortigern’s Rule: The Treachery of the Long Knives. The is about the
legendary event of the Saxons’ ambush on the unsuspecting British King Vortigern and his chieftains by the Saxon mercenary leader Hengist in the 5th century at a banquet. The event led up to the legend of Merlin and King Arthur. 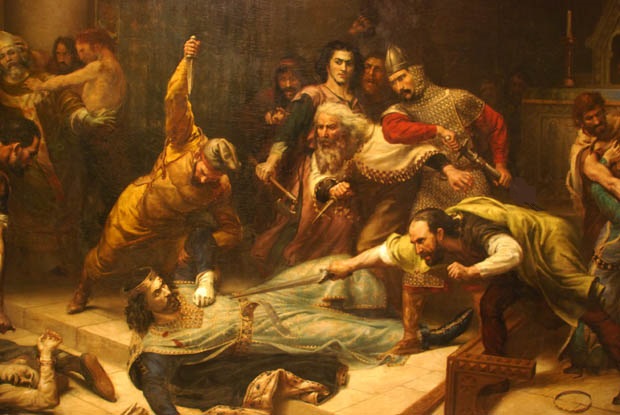 The Treachery of the Long Knives was a legendary event that was allegedly inflicted upon the unsuspecting British King Vortigern and his chieftains by the Saxon mercenary leader Hengist in the 5th century.  It was seen as a supreme act of treachery and betrayal by the Britons and is mentioned in the 6th-century work Historia Brittonum attributed to Nennius.   Later Geoffrey of Monmouth in the 12th century in his work Historia Regum Britanniae (The History of the Kings of Britain) presents a slightly different version.  The work presented here is drawn from both versions.

The legend tells how after Vortigern had usurped the crown of Britain he turned to the Saxons led by the brothers Hengist and Horsa for help in fighting the Picts and Gaels who were ravaging his kingdom. The Saxons proved…