The link to my author website linneatanner.com has now been merged with this website due to ongoing maintenance issues. Any new updates and blog posts will be posted on this site. I’ll keep everyone informed of new developments for the websites.

All subscribers to my author website will receive a separate newsletter providing additional details.

Exciting news! The release date for Book 2: DAGGER’S DESTINY of the Curse of Clansmen and Kings series has been set for September 26th. In the rich and vibrant epic tale, the story of Catrin and Marcellus continues, which began with the awarding-winning novel of APOLLO’S RAVEN in the Curse of Clansmen and Kings series. You can now pre-order the e-book at the reduced price of $2.99 by clicking on Amazon.

War looms over 24 AD Britannia where rival tribal rulers fight each other for power and the Romans threaten to invade to settle their political differences. King Amren accuses his daughter, Catrin, of treason for aiding the Roman enemy and her lover, Marcellus. The ultimate punishment is death unless she can redeem herself. She must prove loyalty to her father by forsaking Marcellus and defending their kingdom. Forged into a warrior, she must overcome tribulations and make the right decisions on her quest to break the curse that foretells her banished half-brother and the Roman Empire will destroy their kingdom.

Yet, when Catrin again reunites with Marcellus, she is torn between her love to him and duty to King Amren. She must ultimately face her greatest challenger who could destroy her life, freedom, and humanity.

Will Catrin finally break the ancient prophecy that looms over her kingdom? Will she abandon her forbidden love for Marcellus to win back her father’s trust and love? Can King Amren balance his brutality to maintain power with the love he feels for his daughter?

The first book, APOLLO’S RAVEN, in the Curse of Clansmen and Kings series will soon be relaunched and widely distributed with a new book cover but with the same epic Celtic tale of forbidden love, mythological adventure, and political intrigue. Special deals and availability of books will soon be announced! 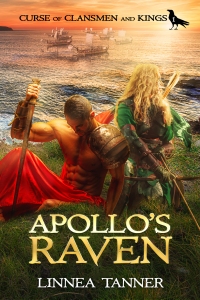 Thanks so much for your continued support and patience with the changes on the websites. Everyone have a lovely week. 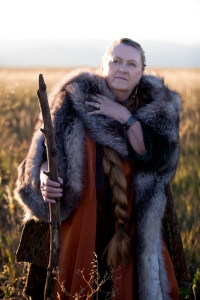