Below is a reblog of Literary Titan’s interview with Luciana Cavallaro, Author of the Historical Fantasy: THE LABYRINTHINE JOURNEY. The post entitled, “It was a a Twisted Path,” was published on JAN 19.

This is a fascinating interview which I know you will enjoy. The following is an excerpt of the book which was rated 5 of 5 stars by Literary Titan which is then followed by the interview.

Can our heroes find the elusive talisman to continue their quest?

Follow Evan as he continues his odyssey as Servant of the Gods in The Labyrinthine Journey. The quest to locate the sacred object adds pressure to the uneasy alliance between Evan and the Atlanteans. His inability to accept the world he’s in, and his constant battle with Zeus, both threaten to derail the expedition and his life.

Traversing the mountainous terrain of the Peloponnese and Corinthian Gulf to the centre of the spiritual world, Evan meets with Pythia, Oracle of Delphi. Her cryptic prophecy reveals much more than he expected; something that changes his concept of the ancient world and his former way of life.

Will Evan and his friends succeed in their quest to find the relics and stop the advent of Christianity? 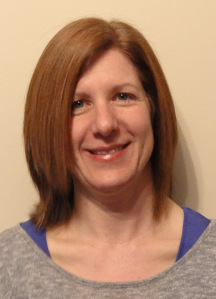 I wanted to explore the concept of what if Christianity never happened, and what events may have prevented the birth of Christ. What if the Greek gods were to learn they would be superseded by a single divinity? How would they react and what would they do? Are their powers omnipotent or are they impeded by restrictions and what are they? This is what I wanted to delve into in the trilogy, and offer an alternative. If Christ wasn’t born, then which deity would prevail?

The main theme is self-enlightenment, growing and learning from experiences whatever the challenges or situation. As each book is written, it…