Do you LOVE Audio Books? You’re invited to our Spectacular AUDIOBOOK Valentine’s Day Facebook Party with plenty of prizes given away during the Grand Finale. You might be one of our lucky winners! I’ll be giving away gift codes for the audiobooks of APOLLO’S RAVEN and DAGGER’S DESTINY. Click on the following to listen to a sample of these audiobooks: 1) APOLLO’S RAVEN  2) DAGGER’S DESTINY

Check below to see the authors who are participating in this event and will be giving prizes away! 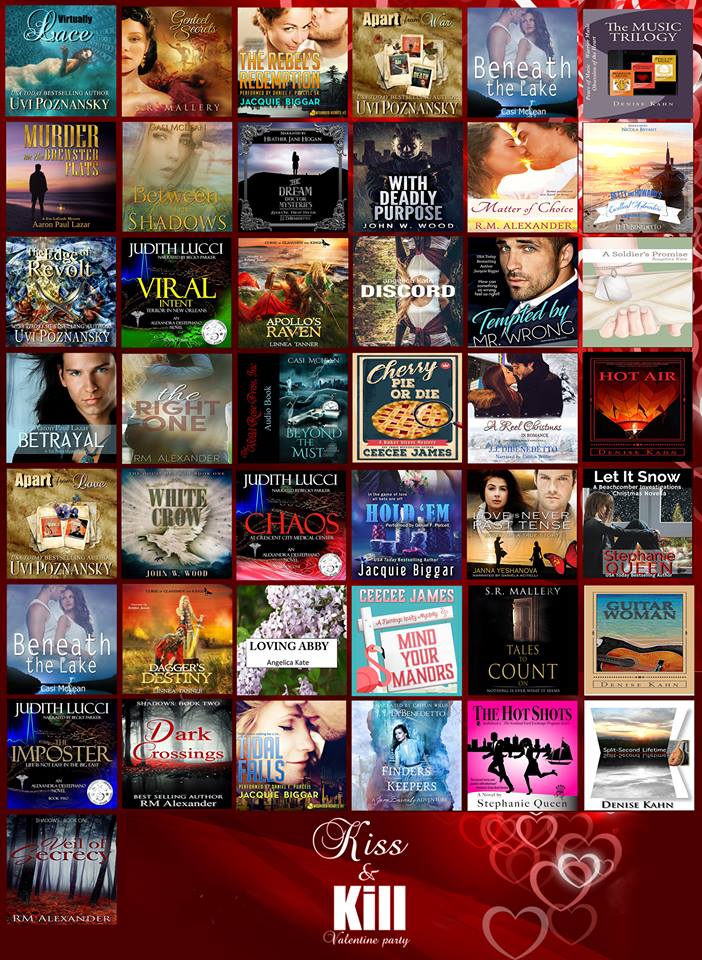 I’ll be giving a slideshow talk about my adventures in Sweden and Norway that will be held at the Clearview Public Library. Journey to the Land of the Vikings and discover the rugged terrain they inhabited. First visit Stockholm, Sweden where the city stretches across fourteen islands and is rich in cultural history. Travel from Oslo to Bergen in Norway, first by train through the alps and then by boat on the majestic and serene fjords.

Local author Linnea Tanner will be your guide. No registration required.

Well-Traveled is your chance to learn about fascinating lands and cultures from around the globe. Fasten your seat belt, we’re ready for takeoff! 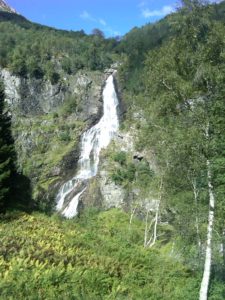 Waterfall in Norway Photographed on a Cog Railway

Thank you for your continued support in the upcoming Kiss & Kill events and travel presentation. 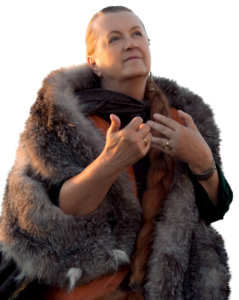 I’m pleased to announce that APOLLO’S RAVEN is free on Kindle at Amazon for a limited time between June 12-16, 2018. The offer is extended to you to share my excitement and to celebrate that APOLLO’S RAVEN has won the Silver Medal in the 2018 eLit Book Award in Fantasy / Science Fiction. Be sure to take advantage of this offer by clicking on the book cover below:

AWARD-WINNING APOLLO’S RAVEN sweeps you into an epic Celtic tale of forbidden love, mythological adventure, and political intrigue in Ancient Rome and Britannia. In 24 AD British kings hand-picked by Rome to rule are fighting each other for power. King Amren’s former queen, a powerful Druid, has cast a curse that Blood Wolf and the Raven will rise and destroy him. The king’s daughter, Catrin, learns to her dismay that she is the Raven and her banished half-brother is Blood Wolf. Trained as a warrior, Catrin must find a way to break the curse, but she is torn between her forbidden love for the enemy and loyalty to her people.  She must summon the magic of the Ancient Druids to alter the dark prophecy that threatens the fates of everyone in her kingdom.

Will Catrin overcome and eradicate the ancient curse? Will she be able to embrace her forbidden love for Marcellus? Will she cease the war between Blood Wolf and King Amren and save her kingdom?

“If you’re looking for something entertaining with a fast, action-paced rhythm, Apollo’s Raven by Linnea Tanner is a definite must. For a woman who is trying to figure out where she belongs in her world, this tale is relatable to other young women in our timeline who are also trying to figure out where they belong.”—Literary Titan (Gold Book Award)

“Apollo’s Raven is a soaring epic that carries its audience on an adventure full of ancient magic, passionate romance, and political intrigue.” —IndieReader (IndieApproved)

Thank you for your continued support and helping me to celebrate!

Greetings everyone. Check out the paperback giveaway (multi-genre) sponsored by AuthorsXP for a chance to win the grand prize of 45+ books. If you participate, you’ll gain access to the AXP BOOK FAIR to find more books in the genre on sale or free. My historical fantasy, Apollo’s Raven, is included in the GIVEAWAY and the AXP BOOK FAIR.

Win up to 45+ Paperback Books!

Congratulations to Jane Davis for being a winner of a signed, special edition hardcover of Apollo’s Raven in the March/April GIVEAWAY.