The following is a reblog of the post entitled, Antumnos: A Hypothesis of the Gaulish Afterlife,” from the website NEMETON DUMNONANTU. The post describes evidence for Gaulish views of the otherworld and afterlife with references to Irish and Welsh mythology and beliefs.

A little while ago, I had a conversation with a friend of mine in the Gaulish Polytheism community regarding different deities associated with death and the afterlife, as well as the possibility that some deities might be the same, but under different titles in inscriptions. Given that there are no surviving mythologies regarding the intricacies of Gaulish religious thought, most of what we come up with comes from cross comparative analysis with other Indo-European and Celtic communities, our understanding of the Gauls through the eyes of their neighbors such as the Greeks and the Romans, and some well educated speculation. Through the conversation I had with my friend, I found myself pulling much of what I had discovered while working through my Gaulish cultural studies in the Initiates Program in ADF. I realized that there were certain things that I have discovered in my studies regarding the Otherworld and…

Please join Luciana Cavallaro in the virtual book launch of her much-anticipated novel, “The Guardian’s Legacy.” I’ve pre-ordered the e-book and am looking forward to participating in her Zoom Book Launch.

With the pending book launch of The Guardian’s Legacy, I have a few competitions for you to enter. You can double your chance to win a signed paperback of the novella. I also have a swag, but that will be for launch day and you will need to join me on Zoom to enter. 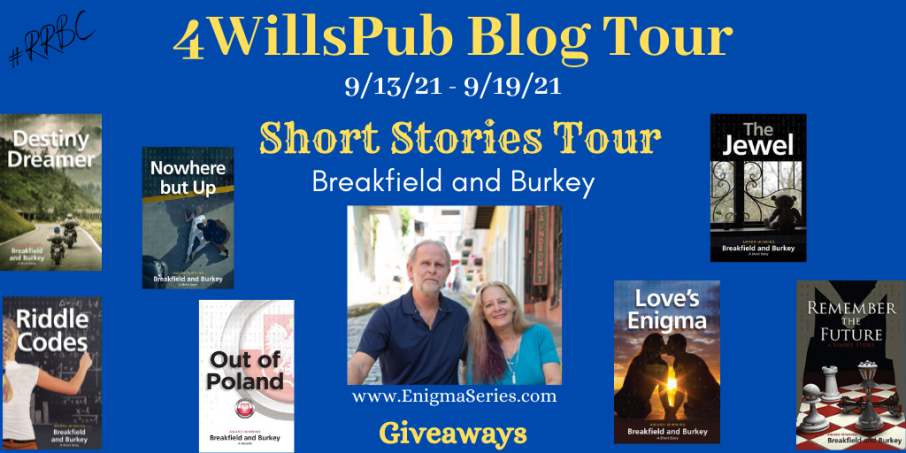 It is my pleasure to reblog the final day of the Breakfield and Burkey blog tour that features their novella OUT OF POLAND at the website WATCH NONNIE WRITES.

I’m so happy you dropped by today to help me close out the final day of  Authors, Breakfield and Burkey’s #ShortStories Blog Tour!  If you visited this post on another stop and your comment didn’t appear, we’re assuming there were technical issues, but I wanted to ensure everyone got the chance to chime in on their final post.  The co-authors have featured 7 titles in their short story collection along this tour, and today I’m turning my blog over to them so that they can share with you, OUT OF POLAND.

For multiple generations, the R-Group focused on helping those impacted by oppressors and those who sought power and wealth at the expense of the average person. One of the group’s founding principles was the ethical high ground in choosing the path to take to solving problems. Jacob Michaels, a continuing character in the…

The following is a reblog of a post entitled, “Taranis – Jupiter Taranis – Celtic God of the Sky and Thunder,” published by legendsandmore. This is an in-depth overview of the beliefs associated with this Celtic god.

Taranis was the supreme god of the sky and thunder in the Celtic territories. The Romans equated Taranis to their god, Jupiter, suggesting he was the leader of deities. Devotees worshipped Taranis as a Celtic divinity in his own right or as the Romano-Celtic god, Taranis Jupiter.

The cult centres of Taranis were Gaul and Britain. The worship of Taranis also flourished in the Rhineland, the Danube region of eastern Europe, Spain and Ireland.

Taranis in the Celtic and Romano-Celtic World

Taranis, meaning “Thunderer”, was a god of thunder, storms and extreme weather events. The lightning bolts controlled by Taranis were strange, supernatural phenomena of the Otherworld.

The Celts believed the celestial god, Taranis, manifested himself as a tempest in the sky. The wheels of Taranis’ horse-drawn chariot made the loud claps of thunder as he travelled across the heavens.

The Celtic tribes paid homage to Taranis in the form…

I am pleased to reblog a post entitled, “Welcome to Day 1 of the Breakfield and Burkey #ShortStories Blog Tour! @EnigmaSeries @RRBC_Org @4WillsPub @4WP11 #RRBC #4WillsPub” that was posted by RAVEREVIEWSBYNJ ♦ SEPTEMBER 13, 2021. The blog tour
features Authors, Breakfield and Burkey, and this is the first day of their #ShortStories Blog Tour! Along this tour they are featuring 7 titles in their short story collection. Be sure to follow the blog tour and learn more about these amazing authors!

I’m so happy you dropped by today to help me support Authors, Breakfield and Burkey on the first day of their #ShortStories Blog Tour! Along this tour they are featuring 7 titles in their short story collection, and today I’m turning my blog over to them so that they can share with you, “REMEMBER THE FUTURE.”

Take it away, guys!

In their own words:

Our first book in the Enigma Series introduces an unlikely hero, Jacob Michaels. He was raised in New York City by his mother, Julianne Michaels, and grandmother, Adriana Michaels. Julianne and Adriana are excellent programmers of the time working for large leading corporations. Tutored from the time he first spoke to be skilled in languages, mathematics, programming skills, and security.

His youth is dedicated to education with no real social life, even while he attended MIT. Jacob’s best and only friend goes by the…

AWARD-WINNING APOLLO’S RAVEN sweeps you into an epic Celtic tale of forbidden love, mythological adventure, and political intrigue in Ancient Rome and Britannia. In 24 AD British kings hand-picked by Rome to rule are fighting each other for power. King Amren’s former queen, a powerful Druid, has cast a curse that Blood Wolf and the Raven will rise and destroy him. The king’s daughter, Catrin, learns to her dismay that she is the Raven and her banished half-brother is Blood Wolf. Trained as a warrior, Catrin must find a way to break the curse, but she is torn between her forbidden love for her father’s enemy, Marcellus, and loyalty to her people. She must summon the magic of the Ancient Druids…

The following is a reblog of a post at the website, “Watch Nonnie Write,” by Nonnie Jules (Founder and President of Rave Reviews Book Club) who is sponsoring the virtual 6th Annual Writers’ Conference and Book Expo. There are some amazing gifts for visiting and commenting on author booths and activities. The event is open to the public, so be sure to visit the conference.

What’s going on in your world today?  Well, I’m spending my days perusing the 6th Annual Writers’ Conference & Book Expo!  Yes, this is the best place to be, this weekend and until it closes on Wednesday, August 25th… let me tell you why.

This virtual event offers so much fun and so many activities for the general public, that you’d be crazy to pass on visiting!  The first attraction that should get your attention is that there are $420 worth of Amazon gift cards up for grabs, and all you have to do for a chance at having your name selected for each booth’s door prize, is to drop by, check out the (virtual) author booths, and simply leave comments!   It’s that simple!  Winners are chosen at the end of the conference from the pool of comments left in each booth!

The follow is a reblog of an article entitled, “Celtic Lore: Exploring the Otherworld,” posted on JUNE 25, 2021 BY ZTEVETEVANS. The concept of a magical, mysterious, “Otherworld” has been a common component in many myths and legends of diverse human cultures all around the world throughout history. The ancient Celtic people also had their own ideas of this enigmatic and ethereal region, which is discussed in this article.

This article was first published on #FolkoreThursday.com under the title, Exploring the Otherworld of the Celts, on 18 March, 20211, written by zteve t evans.

The concept of a magical, mysterious, “Otherworld” has been a common component in many myths and legends of diverse human cultures all around the world throughout history. The ancient Celtic people also had their own ideas of this enigmatic and ethereal region. Their territories included Ireland, the United Kingdom and a swathe of continental Europe, including areas of the Iberian Peninsula and Anatolia. As such there were variations in philosophies concerning this world and the next from region to region. Presented here is a brief exploration of their idea of the Otherworld and how it appears in different Celtic regions.

The Celtic Otherworld is sometimes presented as the realm where their deities lived, or the place…

The following is a reblog of an articled entitled, Medicinal Plants of Brittany,” posted on 5th Jun 2021 Posted on Bonjour From Brittania. It is a fascinating overview of various plants used for medicinal uses before modern medicine.

In the rural Brittany of yesteryear, where doctors were very rare, the populace were happy to utilise the healing power of plants and other natural remedies. Sometimes, the intervention of the local healer or witch was sought but often people were content to apply the ancient wisdom that had been transmitted within the family from generation to generation. The remedies needed to treat the most common diseases and ailments were well known and families had long learned what plants were essential to cultivate near the home.

In Brittany, healers were generally believed to have been bestowed with their curative powers at birth although certain circumstances were thought more auspicious than others. The most powerful healers were held to be found amongst those born on Good Friday or on the first day of August or on a Friday in March, provided that day was one of the odd days of the… 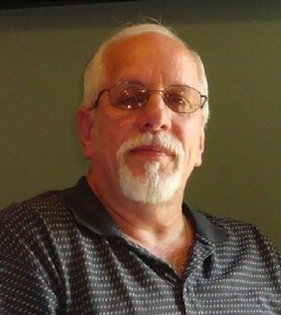 The following is a reblog of Day 12, the last day of Nonnie Jules’s blog tour: NJ12DaysOfAuthors (May) Series! The featured author on Day 12 is John Podlaski, a Viet Nam War veteran who has written books using the war as a backdrop to his stories. If you leave a comment at Nonnie’s website, you will be entered into a giveaway to win a 12 e-book package, all titles being featured in the series, along with a $10 Amazon gift card.

There is a ton of information being shared by the various authors each day, and some of it could benefit you and your own writing. Click on the link to check out each featured author: https://nonniewrites.wordpress.com/nonnies-12-days-of-authors-series/

At the end of this series, 1 lucky visitor will win a (12) Kindle e-book pack which will include a copy of each book featured in this series + a $10 Amazon gift card!  Simply leave a comment below to be entered into the drawing!

I served in Vietnam in 1970 and received numerous military recognitions including (Combat Infantry Badge, Bronze Star, two Air Medals, and a Vietnamese Cross of Gallantry).  After my military service, I spent 45+ years working in management positions within the automotive supplier sector. My wife, Janice, and I retired in 2013 and live in Sterling Heights, MI. During our retirement, we’re happily watching our only grandchild, 3-year-old Scarlett, while daughter, Nicole Patrick, works. What a joy seeing her grow both physically and…