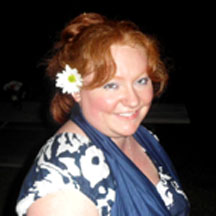 It is with great pleasure that I again introduce D.N. Frost, an exciting fantasy author with whom I’ve collaborated and shared my passion for Celtic mythology and traditions. I encourage everyone to learn more about D.N. and her epic saga Tales of the Known World published by TotKW books.

D. N. has twice been a guest blogger on my website. I was delighted on how she wove the meaning of the symbols of Celtic Tarot cards into some of the imagery I used in my book (Apollo’s Raven available April 10th). She recently re-posted these articles on her website which I encourage you to read:

During our collaboration on the guest blogs, I learned of D.N. Frost’s other talents as a world builder and cartographer. She generates maps of new and past worlds that you can preview at her website:

I asked D.N. to generate maps of Britannia, the Roman name for the United Kingdom. Below is the map of Britannia that she created. It provides a visual image of where the Celtic tribal kingdoms were located in 1st Century AD Britannia.

The backdrop for Book 1: Apollo’s Raven is in 24 AD southeast Britannia. D.N. Frost generated the map below of this region that was included in Apollo’s Raven to help readers visualize where the story takes place.

Southeast Britannia evolved differently than Wales, Scotland, and Ireland. After Julius Caesar’s military expeditions to the region in 55 – 54 BC, Rome strongly influenced the internal politics and trading of southeast Britannia. Many of the rulers in southeast Britannia were educated in Rome as hostages and adopted the empire’s taste for luxuries. Several powerful Celtic kings expanded their territories by conquering other tribes. There are written accounts that pro-Roman Celtic rulers pleaded for Rome’s help to intervene on their behalf.

Cunobelin, the king of the Catuvellauni, overtook the Trinovantes about 9 AD. He established his capital at Camulodunon (modern day Colchester). Recent archaeological evidence supports there was a Roman military presence before 43 A.D. that protected areas of Britannia vital to trading with the empire. This historical background sets the stage for the Apollo’s Raven series spanning from 24 AD to 40 AD.

I greatly appreciate D.N. Frost’s collaboration for creating the map of southeast Britannia that inspires the world-building for Book 1: Apollo’s Raven.

More information about Apollo’s Raven can be found at http://amzn.to/2m17UJU. In the future, I’ll be providing updates on the release of the book, new posts on my blogs highlighting my research and other authors, and upcoming events.

Thank you for your continued support. Have a wonderful day!