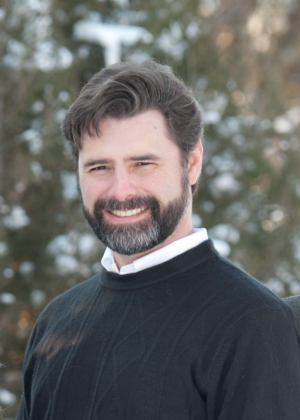 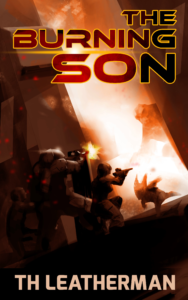 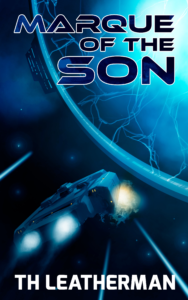 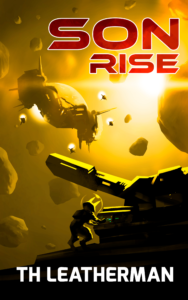 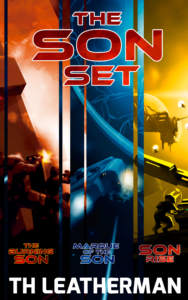 The Burning Son by T.H. Leatherman
My rating: 4 of 5 stars

Fasten your seatbelts for the action-packed space odyssey, “The Burning Sun,” by T. H. Leatherman. The story starts in breakneck speed over Yale’s night sky where navigator Mark Martin witnesses the Erethizon forces (known as the “procu-bears”) ambushing his home settlement. Mark helps his sister, Sophie escape, but he can’t save his senatorial father who’s been captured by the enemy. To flee their desperate situation, the brother-sister team hooks up with a female captain in need of a medic and navigator on her pirate spaceship called the Leonard Fox. And with an “aye, arrr,” they burst through the enemy blockade. Escaping danger, at least for the moment, Sarah and Mark become acquainted with the motley crew, including the foxlike Muscats who oversee the engineering bay. To his dismay, Mark learns his homeland’s republic has been transformed into a monarchy under the control of the Erethizons. He is determined to find a way to free his father and his home planet, but he faces threats from unknown forces lurking among the crew. The twists are unexpected in this riveting odyssey, and the ending will make you hunger for the next adventure in the series.

Author Leatherman’s space odyssey is told from first person point of view of Mark Martin. The story effectively captures the humor in his voice to make this a fun read. The story is fast-pace and the dialogue is snappy. The narrative is lean but adequately describes the characters and the interstellar worlds. The competing races of the humans (the Terran Confederation), the engineering-minded Muscat, and the amphibian, psychic Dru are unique and intriguing. They must join forces to defeat the Erethizon, whose crusade is to seize control over every world and to spread their fanatical religious beliefs. Action dominates the beginning of the story. It is not until later that I feel grounded in the interstellar worlds and can fully understand the stakes.

“The Burning Sun” is recommended for science fictions readers who love their tales fast-paced and full of action. The additional bonus of a spaceship full of quirky characters makes this book a fun and entertaining read.