Reblog ETERNAL ATLANTIS by Luciana Cavallaro (@ClucianaLuciana)
Fascinating post in a continuing series on the Ancient Minoans from Crete. Their influence stretched to mainland Greece due to active trading.

The ancient civilization of the Minoans was highlighted in Luciana Cavallaro’s recently released historical fantasy, SEARCH FOR THE GOLDEN SERPENT, available at http://www.amazon.com/Search-Golden-Serpent-Servant-Gods-ebook/dp/B00TO8TT9W

The Minoans came from one place—Crete—as far as evidence shows, yet their influence stretches across the Aegean to mainland Greece. The reconstruction of the palaces at Pylos, Tiryns and Mycenae show similar structural features as did the artwork. The confluence of such occurrences was a result of trade which the Minoans were renowned. The fame of the three city-states mentioned was due to Homer and his tale of the Iliad. The era he spoke of 1300 BCE was 500 years before his time and the three cities were no longer in power. 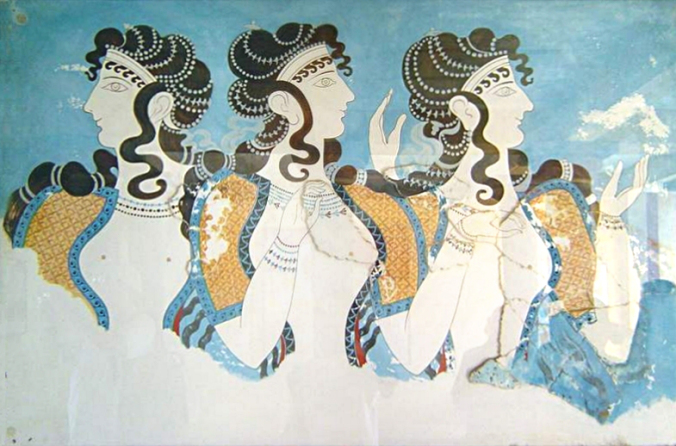